Run the Rum In

Run the Rum In book cover

Run the Rum In was a fun book to write. It started with an obscure and somewhat humorous article tucked away in a file on Roads in the Boca Raton Historical Society. In the article a boat filled with illegal booze accidently came ashore in front of a surveyor the rummie thought was his signal man.

I figured there were probably a lot more stories like that up and down the South Florida coast so I did a little research. The end result was Run the Rum In–a fascinating look at the events and characters associated with running illegal booze into the U.S. through Florida during the Prohibition era. 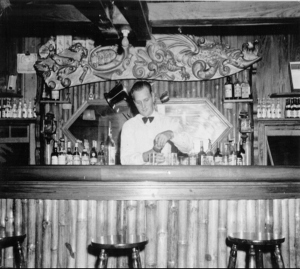 Run the Rum In is a fun read filled with many South Florida events and personalities, many of which were unknown until now.

Click here for reviews by one of Amazon’s book reviewers and others.

Click here to go to the Bimini Museum and view some interesting photos and footage from the Prohibition era.